Nintendo’s Digital Transformation: Why Pokémon Go was a Stroke of Genius

Yes – we are talking about Pokémon Go, too.

How could we not, though?

If you haven’t been living in an abandoned cave with no internet connection during the last two weeks, there is no chance of you not having heard of the new app released by Niantic Labs.

And even in the event of you just having done that, there were probably one or two gamers sneaking into your cave to find a stray Druddigon.

Pokémon Go has conquered the world (or, at least, where it is available) within days, and the hype around this new game is remarkable.

Has the UK been full of Brexit-analyses a few weeks ago, the new trend is clearly shifting towards Nintendo’s first augmented reality game. 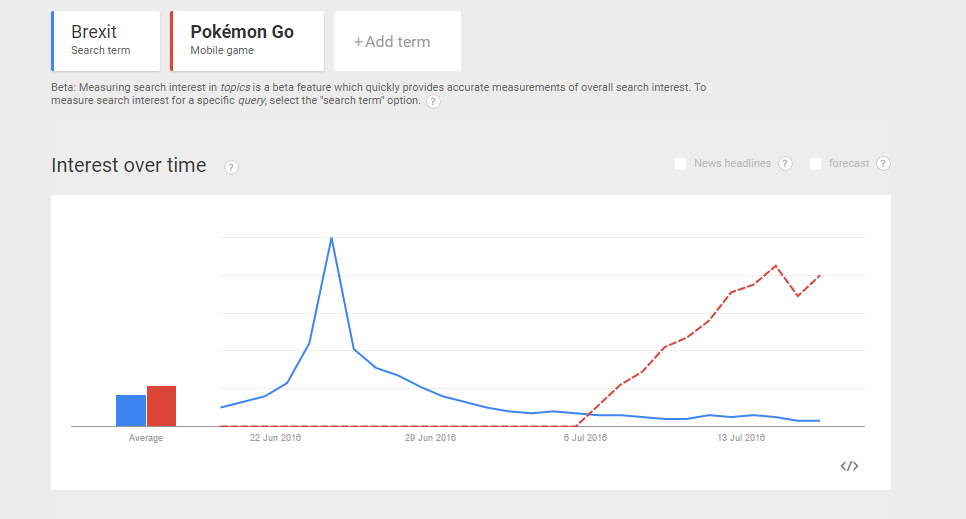 How did Pokémon Go become so popular within such a short period of time? What makes this new app so irresistible?

The Evolution of Pokémon

Despite the many controversial aspects of this new release, we have to give Nintendo some credit for what they have done.

The reason why Pokémon Go is such a success is because it is evolving with its time.

Pokémon has been around for 20 years and the ones among us old enough to remember will have collected some cards in our childhood, exchanged them on school playgrounds and met with other fellow Pokémon fans for the occasional card game.

I remember my brother getting up very early on Saturday mornings when my parents would still be asleep to watch the newest episode of the Pokémon cartoon series and dream himself into a world where he could be like Ash, accompanied by a truthful and loyal Pikachu.

Most of us will agree that the biggest hype was over, though.

Sure, there were still some true Pokémon fans playing card games, and the video games entertained the young and young-at-heart. But it has only been during the last two weeks that everyone went absolutely bananas over the new mobile game.

Now, I know that Pokémon Go has received mixed reviews. Some are already addicted to it and celebrate this game as the best thing since sliced bread, some are rather disappointed in the limited server capabilities or safety issues it evokes.

To be fair – I very nearly ran into a group of tourists jumping out of a bush the other day when I was going for a run on Arthur’s Seat as a Pokémon must suddenly have appeared next to me. People don’t pay attention to what’s happening around them, and many of the well-meant signs some might chuckle about (cf. below) sadly have their reason to be there. 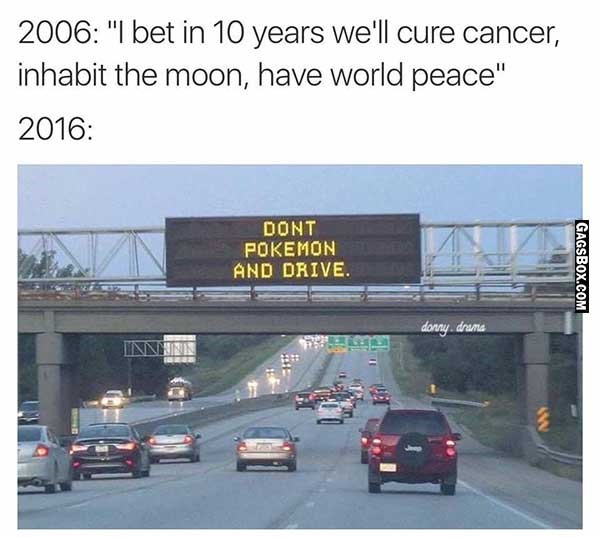 Despite all these negative aspects I would still argue that Pokémon Go was a stroke of genius.

Becoming slightly obsessed with the topic of digital transformation, I was immediately intrigued by this new game – or, rather, Nintendo’s attempt to re-invent themselves in the age of digital.

Pokémon Go is a great example of digital transformation in the entertainment industry. Nintendo have successfully recognised current trends in technology and customer behaviour and have picked up on these developments. Nowadays, our smartphones almost constitute an extra limb of ours, we use it as means for communication, a source of information, navigation systems… and mini-game-consoles.

Nintendo have realised this and seized the opportunity to adapt the once popular game to current user preferences and created something completely new.

Recognising trends in innovation and implementing them wasn’t the only ingredient of their success, though. Pokémon Go is especially popular among the generation which has witnessed its first wave of success in the 90s/early 2000s. Playing Pokémon is hip again, and people are re-discovering their favourite pocket monsters from when they were teenagers.

Just looking at images of Pokémon you thought you have forgotten brings back old memories, and it is this combination of being a kid again and almost living the Pokémon saga yourself that makes this game for many so irresistible. People can actually dive into the world they were discovering years ago, they can step into Ashes’ shoes and catch ‘em all.

Pokémon Go is the result of a digital re-invention of former popular brands and a successful collaboration on technology, leading to an overall strengthening of the involved brands.

Pokémon Go has definitely triggered a trend – the one of augmented reality games. Gamers are looking for Pokémon in the “real” world, i.e. their street, local park, or even living rooms.

When chatting to Storm’s probably most enthusiastic Pokémon fan, Ryan, about his experiences with Pokémon Go, a Rattata suddenly appeared on our meeting table.

(@ the rest of Storm ID players – don’t worry looking for it, Ryan managed to catch it)

The potential of these types of games is huge, and it is not a question if there will be follow-ups but only when and what that will be. There are rumours of a Harry Potter version – but completely new games or improved versions of the existing one are as likely.

Niantic’s game has definitely been a jack-pot for anything Pokémon related.

Nintendo’s market value has doubled within the last two weeks.

Youtubers like PewDiePie get millions of clicks broadcasting their Pokémon Go games or just filming how they open a new set of card games (the value of which will probably go up significantly, too).

Nintendo has recognised and seized one of many new opportunities brought to us through the rise of digital. Even if the result is not 100% perfect, they were the first to start a massive trend and re-shaped the image of their organisation and how people perceive gaming.

Better than Glurak: our brand new, free Digital Readiness Assessment Tool Kit helps you prepare your organisation to go digital – don’t miss out on this chance and transform your business today.