Unconventional Ways To Get Hired

First time stepping into the world of work? Or just looking for an exciting new challenge? The road to get hired can be laden with CVs, cover letters, job alerts and many a headache.

Here at Storm ID, however, there have been some interesting employment stories. We thought we’d share them with you to give you hope and prove that you don’t always have to scour the job sites and careers pages of a website for open vacancies to find your next employer.

You’ll never believe how she did it!

Our Inbound Marketing Executive, Amy, came to work at Storm in a rather unusual way:

I clickbaited John (our Head of Digital Marketing) into meeting with me. It was a bit of a risk, but it was definitely one that paid off! I had been working on a project at my previous agency and we were researching the science and psychology behind clickbait articles. On a whim, I decided to write my cover letter in a clickbait style in an attempt to stand out from the humdrum of work emails.

At that point, Storm weren’t advertising any vacancies in the Marketing department, but I wanted to chat to John about Storm’s Digital Marketing work. I basically let the company know who I am and that I was someone they wanted on their team, even if they couldn’t take me right away. About three months later, I got an email from John asking if I’d be interested in interviewing for a job opening they had coming up. I jumped at the chance and, sure enough, here I am! It’s been nearly a year now and I’ve settled right in. This role is pretty different to my last, but I’m constantly adapting and learning. 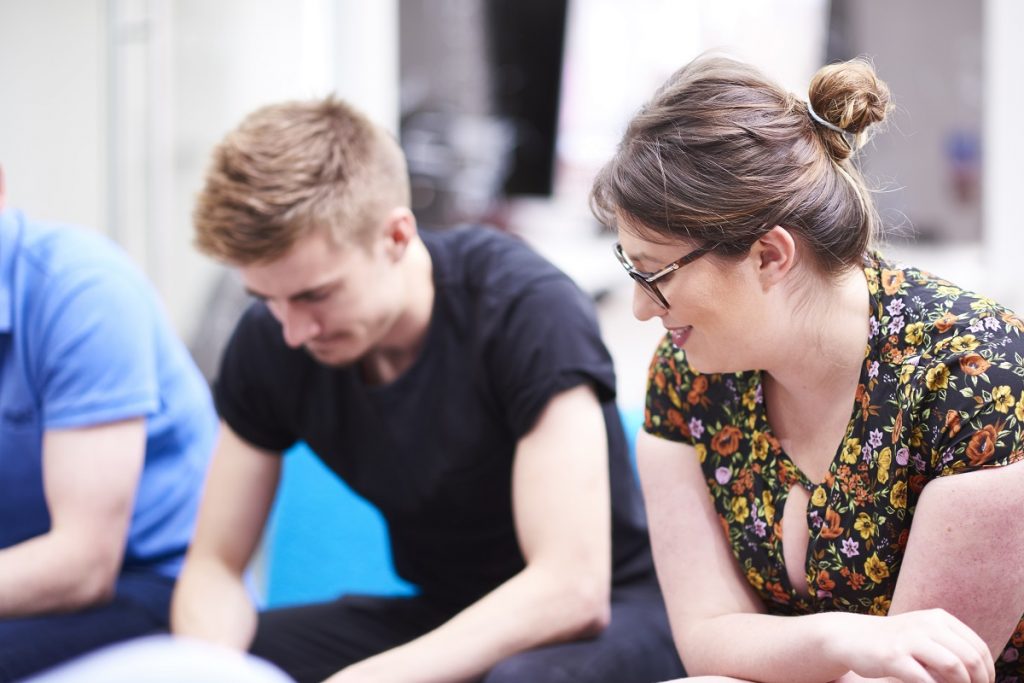 If at first you don’t succeed

Alan was determined to work at Storm and his tenacity paid off:

I studied Business Information Systems at The Robert Gordon University in Aberdeen and moved down to Edinburgh after graduating in 2015. I had originally applied to Storm for a graduate role then – and was shortlisted for an interview – but wasn’t successful. The feedback I got was constructive though – Storm felt I could be a good fit but they had applicants with a bit more experience which was fair enough.

I then worked with another digital agency in Leith for around 18 months who use similar development tools to Storm and re-applied when another vacancy was advertised on the Careers site. The application process was fairly straightforward: I completed the technical test which was available on GitHub and then emailed a covering letter and CV to Tim with a link to my technical test solution and waited patiently for a reply! I then came in for a face-to-face interview with Tim and a couple of members of the technical team, which lasted around an hour. I was successful this time round and started in November 2016.

I like the variety of working on different projects and Storm was an ideal fit for this, with a wide range of clients. Also, the awards they’d received for their work showed that they were really skilled at what they did. The team is a good size and everyone is a specialist in their own area, meaning there’s always someone you can ask for help and always something new you can learn. 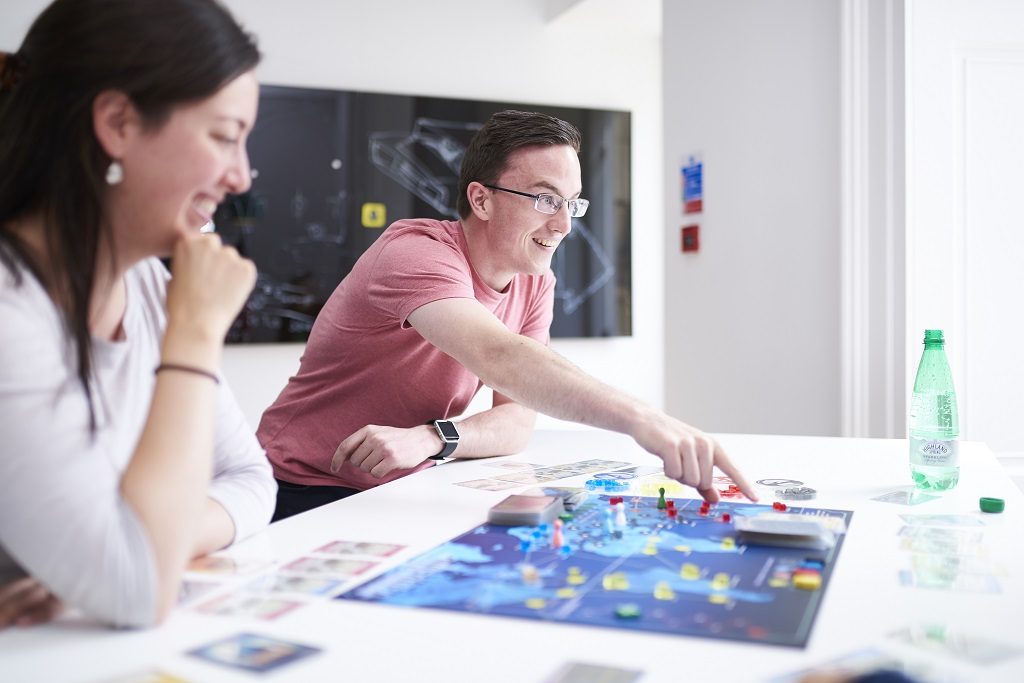 Finding vacancies on our Careers site and sending in speculative CVs aren’t the only ways to end up at Storm, though, as Michael found out:

I’ve been here almost two years now. I was working at another Edinburgh digital agency, having moved there via an acquisition of a previous agency I was with. I was mainly working with clients in the commercial and finance sectors, which meant a lot of brochureware and campaign sites, which I didn’t find too interesting after a while. I knew the work that Storm did (partially from my client-side days, partially from positive word of mouth) and was keen to produce work with a lot more intrinsic value.

My friend, Andy Lobban, worked here at the time, as a designer. I knew he had worked at Storm for years and really loved it, so I thought if Storm can put up with Andy for that long, they must be a good bunch. He recommended me through Storm’s referral scheme. Initially I met with Linsey to discuss the role and the agency, then I came in to present to Linsey, Simon and Paul. Storm’s known for carrying out meaningful, impactful work to a very high standard. My digital experience was at a place where I had been involved in quite a few different areas, and I often found myself frustrated at working on websites which were pretty much expensive brand adverts. I enjoyed any opportunity I got to work on social impact or 3rd sector projects, and, likewise, particularly technical, operative sites; so when the chance came up to work at Storm I knew it would be a great opportunity. Best digital agency, hands down. 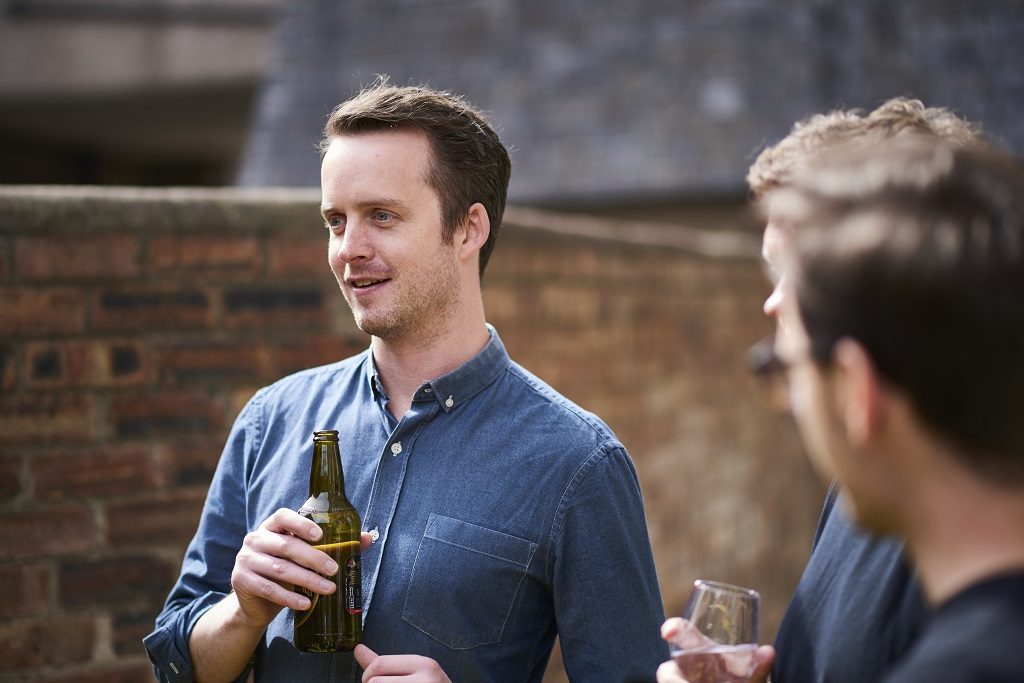 Hamilton, one of our Digital Consultants, moved to Edinburgh looking for new opportunities:

I was working down in London before I made the move to Edinburgh and joined Storm ID. At the time, I was working for Macmillan Cancer Support within their digital team. There was no vacancy when I moved up, but I sent an email and asked if someone would meet me for a coffee and a casual chat, I wanted to get to know each other. I got a very positive response and came down to Leith to meet Craig.

A month or so later when an opportunity came up, I got an email to come back for another chat, and shortly afterwards I started at Storm ID. I did my research when I moved to Edinburgh, and I was attracted to Storm because of how they worked, who they worked with and maybe most importantly, how they were talked about. It was clear that their work was more than a 9-5, and I wanted to be a part of that. Once I came down and met them, I knew it was the right fit. I’ve now been here for well over a year, with hopefully many more ahead. 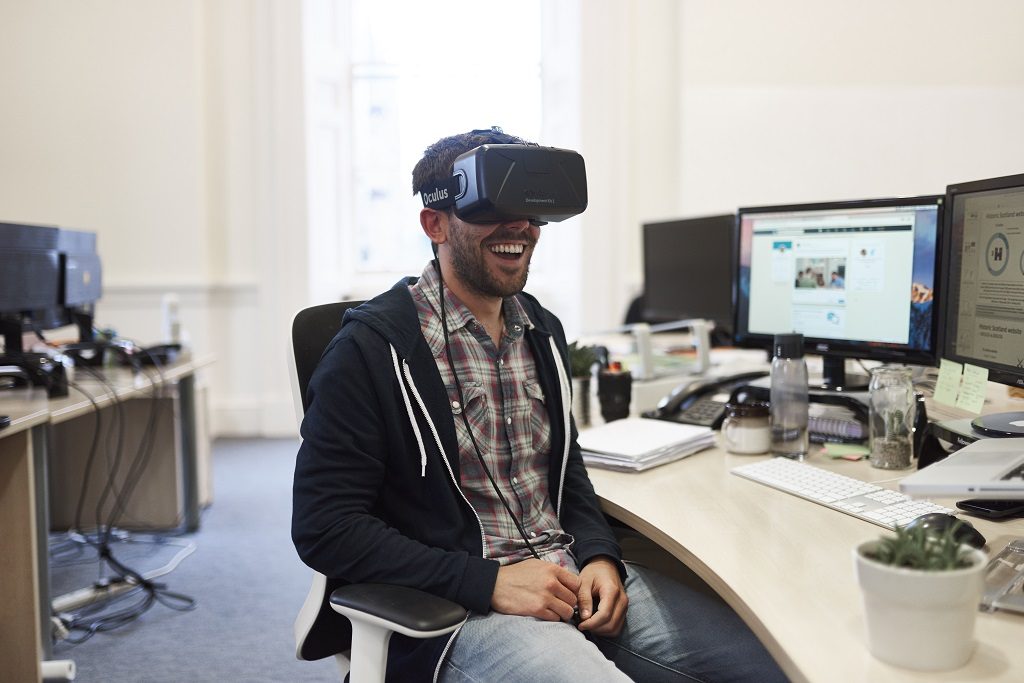 The moral of the story? The path to your new job may not be well travelled but it’s always worth exploring unusual ways to getting hired if you’re passionate about the company.

Keep an eye on our Careers website, but don’t be disheartened if you don’t see your dream job on the page. Send us your CV – you never know what might happen.