The Implications of Twitter’s Redesign

#NewTwitter whipped up something of a social media storm – the trending hashtag and the update itself dividing the masses on whether the new design is great or terrible.

We sat down with our UX Designer Hamilton Jones and our Head of Digital Marketing, John Hughes, to figure out why this controversial update happened and what it means for both users and brands.

Hamilton: There are a few reasons that Twitter might have decided to refresh in a big way, but the main one is that they are responding to a cultural shift into simpler, easier to use interfaces, especially on mobile.

Was the new design necessary? If so, why?

Hamilton: I think the new design was necessary. Over the past year or two, brands have been changing their designs to be cleaner and simpler, more reductive, in fact everything is starting to look a bit like Airbnb. Big hitters are some of the early adopters of this trend too. Apple has been dipping their toes in this design pattern with its Music app the past year, but with the iOS 11 announcement last week, it looks like Apple intends to roll out the reductive pattern across it’s whole platform.

John: If Twitter didn’t redesign itself, it would risk looking out of date, and that’s just not on the cards for a company of their size.

Do you think Twitter’s rebrand will affect their own brand in a big way?

Hamilton: I don’t think it’s a big risk user-satisfaction wise. A company like Twitter carries out a lot of research when undergoing projects, their work on redesigning the default logo is a testament to that. The redesign has given Twitter a fresher and more up-to-date look.  It feels like an attempt to keep Twitter relevant, as it has remained a little stagnant over recent years while Facebook has added a lot of new features consistently, and new social media challengers such as Snapchat appeal to new audiences.  The look and feel won’t change that on its own though.

What does the Twitter redesign mean for brands and companies that use the platform?

John: Brands will need to assess the design of their profile pages and make changes to their imagery to capitalise on the new layout dimensions. The circular avatar is an interesting concept. Brands will have been frantically resizing and redesigning their profile images. 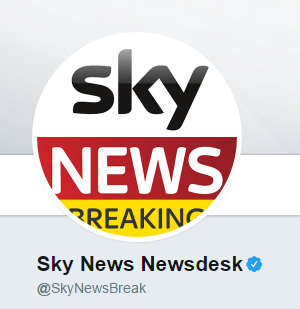 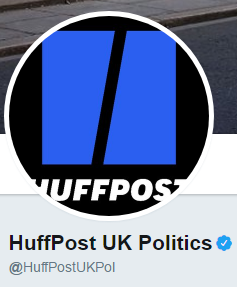 Hamilton: I mean, sure it’s a little bit awkward for trying to fit a company logo in, but our heads aren’t square, and circles are pretty common for other platforms (Instagram, iMessage, WhatsApp). At least it’s not trying to get us to fit it inside of a ghost shape *cough* Snapchat. A circle better fits their new design language and iconography. If simple is what they’re going for, then what shape is simpler than a circle?

John: Subtly, Twitter seem to be encouraging users and brands to tweet more images and video. Social media is about conversation, and first and foremost a social media platform needs users to flourish. Twitter has been stagnating on that front. Any attempts by Twitter to attract new users should be seen by marketers as a good thing.  Brands need to adapt to the new ecosystem and behave accordingly.

The new desktop login homepage is very discovery-focused. Will this provide brands with new opportunities?

John: Brands are going to spend a lot of time figuring out the best ways to get themselves included in the featured tweets, which probably means a general uplift in the quality of tweets from brands. At least I hope that’s the direction brands go in. It remains to be seen if being featured on the default homepage is useful to brands at all, though.

Personally, how do you feel about the redesign?

Hamilton: I really like it. For me, change is good when it offers a better experience, and I think that’s what Twitter has done. It’s also important for a brand to stay feeling fresh and up-to-date. Overall, the onboarding experience is better and more consistent with the homepage, they’ve improved it for one-handed usage on iOS, it looks clean, and they’re supporting users to explore and discover content more easily. I think that’s a good redesign.

John: Ultimately, social media is about giving humans a platform to socialise. Brands have to be more human, more approachable and more respectful. That isn’t a Twitter-specific statement, but a guideline for life. By providing a useful desktop interface, the way users might interact with, and derive value from, Twitter might evolve. It remains to be seen how valuable that is, but this is a positive step from Twitter, even if it fails. Innovate to evolve.