Ignore Audiences if you Want to Do it Right

Banner ads suck. Who clicks them anyway? I don’t want to see ads for things I’m not interested in when I’m trying to read this great new piece of content from the blog that I don’t pay to access. Ugh! Banner ads. Yuck!

So goes the argument against display advertising, and it may surprise some people to find that I largely agree with a lot of this point of view. Seeing ads for things that I have no interest in is really not ideal. They can be distracting, especially those that auto-play music or video.

At a recent conference I attended, which I reviewed here, one speaker made a throwaway remark that you are more likely to be struck by lightning than click on a banner ad. You can see why with some of the terrible targeting that occurs. Ballet? I don’t think so. Not enough guitars in it. 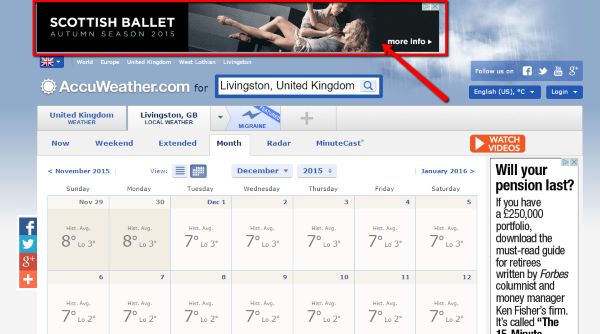 Ballet? Seriously? These people have NOT seen my Spotify playlists!

But, as I showed with a back-of-the-fag-packet calculation, that’s not true. We see click through rates of over 0.05%. People typically click on 1 in every 2,000. Lightning isn’t quite that promiscuous, even in Edinburgh.

What’s more, banner ads aren’t really meant to be clicked on, at least for the most part. Their purpose is to be seen, giving you a gentle reminder of the brand. Look, this is the brand of toilet roll everyone else buys, next time you’re in the supermarket why not trust us not to rip inconveniently on your fingers? You could click on the ad if you wanted to, but that is not what the ad is trying to do.

However, it is targeting that really makes the difference. Good banner ads are relevant to you. Bad ones are not. They might be relevant to someone else, but that is no use to you or the company who is advertising if you are the person who sees them.

So the question is, how can we make it so that banner advertising targets people better?

Traditionally, businesses with some nous have looked to target audiences. The rationale being that if you can identify those audiences that are most likely to be interested in your brand, you can focus your efforts on them. Why pay 1 pence per person to show an ad to everyone, when you can pay 5 pence per person to show it to the 5% of people who might actually be interested?

Targeting everyone gives forces you to advertise to many people who aren’t interested (orange).

On the surface, that makes sense. I’ve simplified the numbers to illustrate in the example, but a business might pay one quarter of the cost to advertise if they only need to hit 5% of people, albeit at five times the cost per person.

Targeting an audience gives you a better return, but you still hit many uninterested people (orange)

But there is an inherent problem with focusing on audiences. Audiences are pigeon holes for real people, and not all real people in one audience are really interested in your brand.

In the diagrams above, the little blue people are those that are really interested in your brand. The little orange people couldn’t care less. Some of them may even become annoyed if they keep seeing your ads. I mean, ballet, for goodness sake, do I look like a ballet person?

By doing so, advertising becomes considerably more efficient. Clicks, even though I really don’t care about clicks, go up as the click-through-rate is higher because we are focused more accurately on the right people. More importantly, Cost per Acquisition (CPA) falls. That is to say, the cost required to generate a new customer is much lower with user targeting.

Furthermore, much fewer people are targeted incorrectly. I guess you could consider such people as collateral damage if we wanted to go all military terminology on the subject. The collateral damage from user targeting is considerably lower than it is for audience targeting, and even more so than for the ancient approach of carpet bombing your ads to everyone.

So how does user targeting work?

Many companies take different approaches. We work with the DSP Rocket Fuel, and their approach suits how we work very well.

Bear in mind, that the data that providers hold about people is not infallible. In fact, data bought in by Rocket Fuel from one source might contradict data brought in from another source. Data might agree but be wrong anyway. Usually, though, it is just one dimension that is wrong about one data point. Google’s data might think I’m 25, for example. Or it might think I’m 75. Google might get a punch if so.

Be that as it may, this is where Rocket Fuel’s user targeting approach is superior to traditional audience targeting.

With audience targeting, you might decide that your audience is all men who live in the UK who are aged 18 to 35, because you are selling football boots. That audience seems to fit. You might even limit it to people who have looked at football news websites. Great. But, many of those people won’t play football at all, there is potentially quite a lot of collateral damage. This is worse where many users in the audience might be there as a result of slightly inaccurate data.

Rocket Fuel instead works out a propensity score for each user to be interested in your brand. This is essentially how good a fit Rocket Fuel thinks the user is for your brand based on ALL the data they have. They take into account all the audience dimensions plus many other behavioural ones. Each person has a different propensity score as each person’s micro behaviours and dimensions are different. While there might be some dimensions that are incorrect across many users, the effect of this is largely mitigated by taking an overarching review of all dimensions on a user-by-user basis.

Here is why Rocket Fuel performs so well. They bid for every user. Wait… what? Everyone?

Rocket Fuel bid for every user

Yes, buying the advertising space is an auction, and there are many hundreds of bidders, potentially. Rocket Fuel is bidding not just on your behalf as an advertiser, but on behalf of all its advertisers.

Given that Rocket Fuel is not only pitching its own advertisers against each other, but also against other DSP suppliers, those advertisers on Rocket Fuel that don’t have a good fit for a user are very unlikely to successfully bid to show advertisements to them.

If Rocket Fuel sees an incredibly high propensity score for a user for a given advertiser, it might bid an incredibly high amount. This sounds scary in some ways – but the point is that Rocket Fuel’s algorithms have become so good at determining propensity that this situation only really occurs where the user is on the tipping point of becoming a customer. A several hundred pounds CPM (cost per thousand) sounds expensive, but is peanuts for one single impression that almost guarantees a sale.

The other consideration with any provider of programmatic advertising is that there is a chain of technologies involved. Not only is Rocket Fuel’s algorithm involved, but it is buying data from a number of sources, it is interacting with ad exchanges who are in turn interacting with publishers, each of which is taking a percentage of the cost of the advertising. If targeting were not effective, the cost to advertise would become very expensive very quickly.

Adage recently wrote about the hidden costs of programmatic buying. The advantage of using a technology like Rocket Fuel is that the targeting is so effective as to make the savings generated more than outweigh the additional technology costs. Yes there are hidden costs, but the hidden savings are even more.

Not all programmatic display advertising providers use this algorithmic buying approach. Many still rely on human controllers who are targeting audiences. However, in our experience, the algorithmic approach to buying advertising inventory is considerably more effective. Despite the inventory itself being more expensive – due to both the eagerness to bid for best inventory (recognised by the algorithm) and the associated technology costs – we still see savings overall on CPA as we need to buy less inventory to reach the best users. 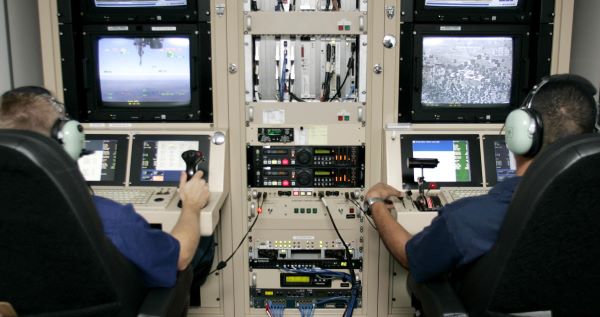 Some DSPs still use humans to control bidding strategy

The point about display advertising is that you aren’t buying clicks. If you think of it that way, you are in for a very expensive ride. Display advertising is about putting your brand in front of the right people at the right time, and influencing their future behaviour. This helps drive down the cost of other advertising channels like PPC, where previously-engaged users cost less to acquire (brand keyword searches are generally cheaper to target than generic product-based ones, for example).

The challenge has always been how to get to the right people at the right time. Rocket Fuel help us do that very effectively.

To find out more about how we can run display advertising for your business, get in touch.

Subscribe
Next
How to Learn Technologies and Platforms using Development Playgrounds