From pledge to action – where do we go from COP26?

With COP26 done and dusted we can certainly say that the success of the conference is in the eye of the beholder. COP26 has been both praised for steps taken in the right direction, and criticised for the lack of leaps urgently needed for our climate. Across both camps, however, remains a shared appreciation for the practical solutions needed to bridge the gap between pledges and action.

What happened at COP26?

To recap the outcome of the conference, the good thing is we’re now speaking about 1.5C as our cap for global warming rather than ‘well below 2C’. The bad thing is – even with all the pledges made in the Glasgow Climate Pact, according to a report by the Climate Action Tracker (the world’s most respected climate analysis coalition), we’re on a realistic trajectory of 2.4C. Coal was included in the agreements for the first time, but pledges were watered down from ‘phasing out coal’ to ‘phasing down coal’, and financing for developing countries was reduced to a dialogue.

To help speed up incremental pledges – and thus system change – the pace at which countries are asked to update their commitments has been tightened from 5 years to 1.  The hope is that this will allow countries to come together and course correct often enough to keep 1.5C alive.

Several pledges were made in addition to the ones specified in the Glasgow Climate Act, including:

These coalitions of the willing are all helping us move in the right direction faster. A very welcome shift. 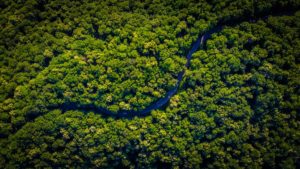 So what do we do next?

A key takeaway from the Glasgow Pact is the need to accelerate technological advancements to help countries implement the change needed. This is true for Scotland and the UK as well as any other market. Developing countries will not stop developing, and neither should they, what we need are practical solutions that are politically, technically and commercially achievable. Not an easy feat.

Part of the acceleration of technological advancements will be driven by the evolving field of AI. As discussed in the previous article in this series, this will include innovative solutions that improve monitoring, identification, modelling, prediction and optimisation across sectors, helping us understand and solve increasingly complex environmental problems.

If you haven’t already, take a pledge and kick-start your climate action

Speaking of pledges, Storm ID has taken the Climate Neutral Now Pledge. This is an initiative launched by the UNFCCC (UN Climate Change) secretariat to engage non-party stakeholders such as sub-national governments, companies, organisations and individuals, to increase their climate action.

As we know, the underlying operational requirement for solving our climate and biodiversity crises (more on this in upcoming articles) is for politicians, business, academia and civic society to all push in the same direction, which of course is immensely difficult. Making pledges like the Climate Neutral Now pledge and following through on action, ads up when we all do our part. So for that reason, if your organisation hasn’t already taken a climate pledge or taken action to keep 1.5C alive, then by all means, sign up to the Climate Neutral Now pledge here and get started today.